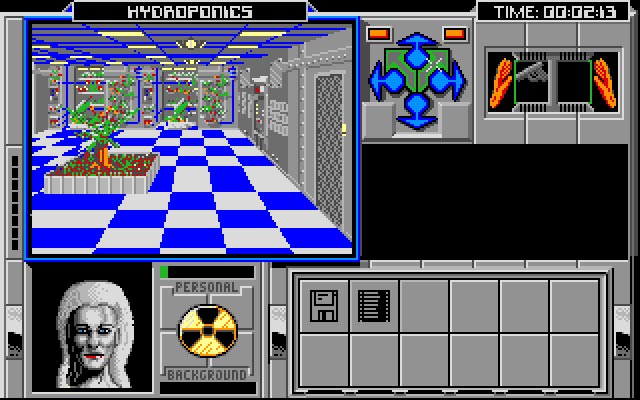 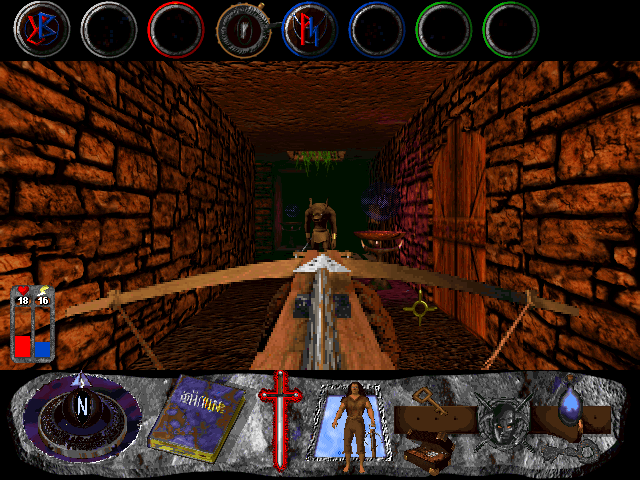 This game is a spin-off of Sir-Tech's famous Wizardry series. It is a hybrid game that incorporates elements of both puzzle-solving adventure and role-playing. The game is viewed from first-person perspective, with locations represented by pre-rendered background images, similarly to Myst, though with animation during movement. A point-and-click interface is used to interact with the environment, talk to characters, and manipulate objects in order to solve puzzles.

A new force has emerged in the world. Known as the Nithos Shadow, it is targeting, for yet inexplicable reasons, a young man from the city of Galican. The High Council sees a connection there, and asks the hero to investigate the matter. Soon he discovers that the society of Nitherin Mages has tampered with forces of darkness, and their energy has transformed into seven talismans that must be discovered before they bring chaos and destruction to the world. The hero begins his journey, thinking of the mysterious bond between the mages and himself...

The RPG element is much lighter than in the main Wizardry series. The hero starts with pre-determined statistics, but his weapon skills can be developed by equipping and continuously using the same type of weapon in combat. The hero also learns magical spells during the course of the game. Combat occurs in real time, as the player has to quickly select commands and click on the enemy in order to perform attacks.