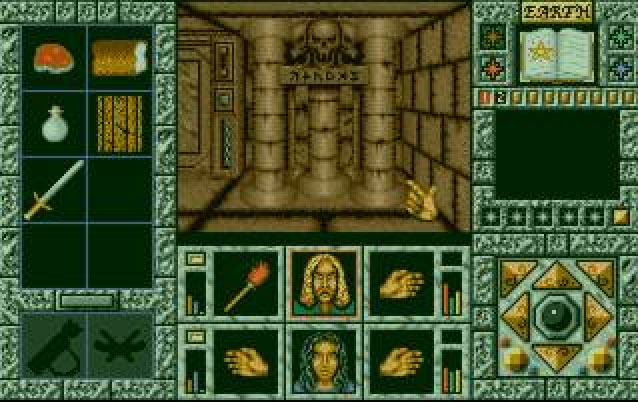 On the off-chance that you don't already know this; let me tell you about a very talented Finnish guy called Petri Häkkinen (@petrih3 on Twitter). Petri is developing a dungeon crawler for the VIC-20 (yes that's correct!) called The Fall of the Black Mage. What I have seen so far looks very promising and this game might turn in to something really special.

Petri is no stranger to making dungeon crawlers as he worked as a designer and programmer on Legend of Grimrock, a modern classic which we all know and love! He also made Bloodfest for Amiga in 1995.

It's apparent just from looking at the screenshots that The Fall of the Black Mage draw inspiration from the excellent SSI Gold Box games such as Dark Queen of Krynn and Pool of Radiance. If you ever needed a reason to get a VIC-20 this would be the one.

There hasn't been any mention of a planned release date yet and I have a feeling there is quite a lot of work that remains to be done. In any case - I will be impatiently waiting right here in the shadows - clasping my purse of shiny coins. This might be a great time to start looking for a VIC-20 :)