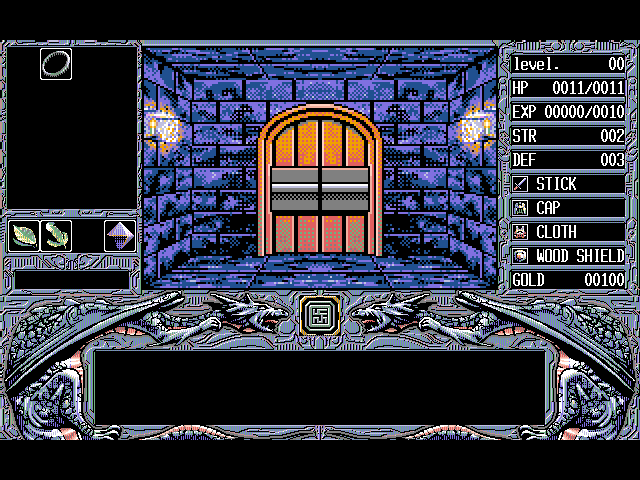 The Dark Heart of Uukrul 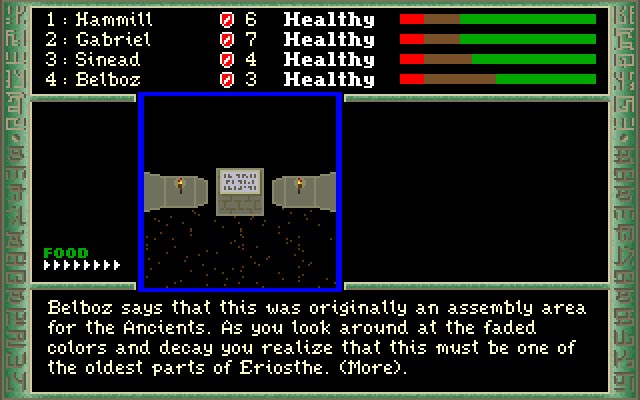 Four adventurers are sent by the Western Council to defeat out Uukrul, a great evil that once defeated the Ancients, thought to be destroyed, to possible invasion to the Western Lands. The last party sent by the council was lead by Mara, and it has been 18 months since they have sent word. The council assumes the worst. Now these adventurers must infiltrate the underground city of Eriosthe, continue to the eastern end of Eriosthe, the heart of Uukrul's stronghold, and destroy the evil once and for all. Adventuring in Eriosthe consists of exploring its caverns and defeating randomly encountered (or pre-set) monsters. An auto-map feature is also available, as well as a directional compass to help guide the way. Certain encounters, such as puzzles may prompt the player to choose various options in handling the situation, each choice with a possible different outcome. Turn-based combat occurs automatically when the party meets opponents while adventuring (indicated by a sudden picture of the opponent). Fighters and paladins take the offensive role, while priests and magicians (usually) take the support role of casting spells, summoning elementals, and invoking the gods. Surviving combat may uncover money and items.