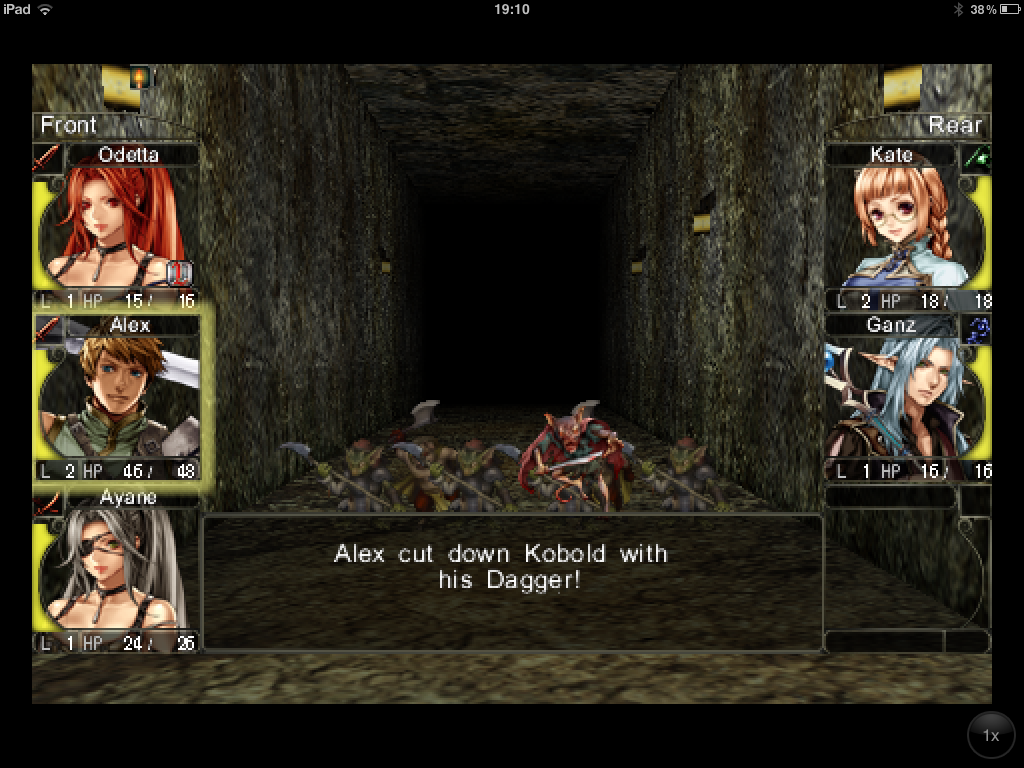 Labyrinth of Lost Souls is a new instalment in the long-running Wizardry series of role-playing games, and is part of the Wizardry Renaissance, an effort to relaunch the brand.

The game is very faithful to the early episodes of the series. In a fantasy world, the player controls a party of six adventurers as they descend into a treacherous dungeon. Movement is grid-based, with turn-based combat happening randomly. There are several classes of characters (fighter, mage, priest, thief ...), each with its own abilities (for instance, only the bishop is able to identify object found in the labyrinth). The game is designed to be difficult and unforgiving, so the player must optimize his party in order to survive the trials waiting for him. Between two treks in the dungeon, the party must get back to town to heal, trade and receive new quests. The graphics are minimalistic. The town and characters are 2D artworks, while the labyrinth itself is in simple 3D.