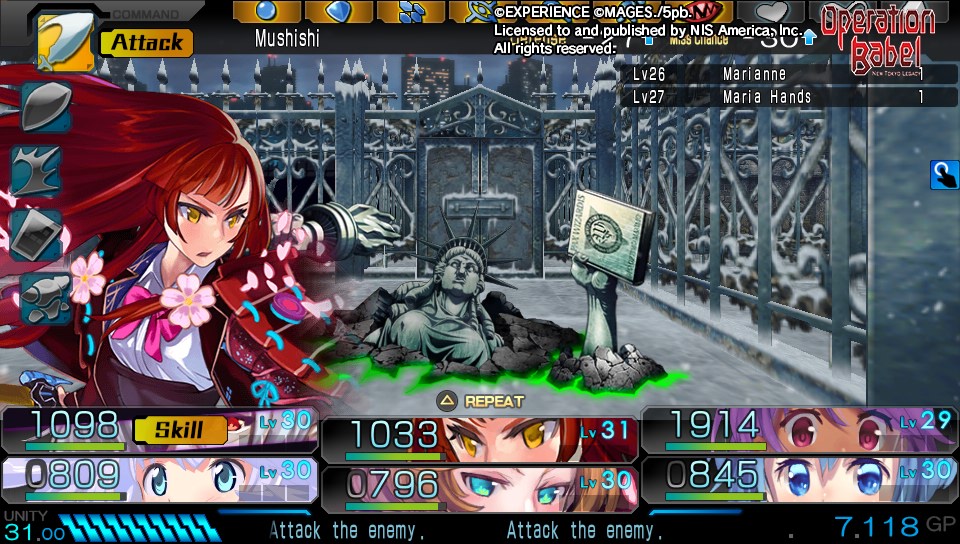 The Mars Saga, Mines of Titan

This early Westwood title is a turn-based RPG set on the surface of Mars. You're a stranded space jockey in a rugged frontier settlement on Saturn's moon, Titan. Your one chance to get off this ice cube is to assemble a team and find... a lost city! The player takes the role of Tom Jetland, a down-on-his-luck space traveller trapped on Mars after crashing his ship. While searching for jobs to make enough money to get back off the planet, he discovers a conspiracy hiding contact with what seems to be alien life. The player visits the four Martian cities of Primus, Progeny, Parallax, and Proscenium, as well as traversing the Martian surface and visiting abandoned mines. The combat system features a bird's eye view of the battlefield. The player queues instructions for the characters of his or her party to perform in real time. Your characters have attributes and 21 skills that can be raised during the course of the game. You gather your party throughout the game. Much of the game is viewed from a first-person perspective with a small top down map and status line, but combat is all top-down. Combat can be handled directly by the player or left to the AI.