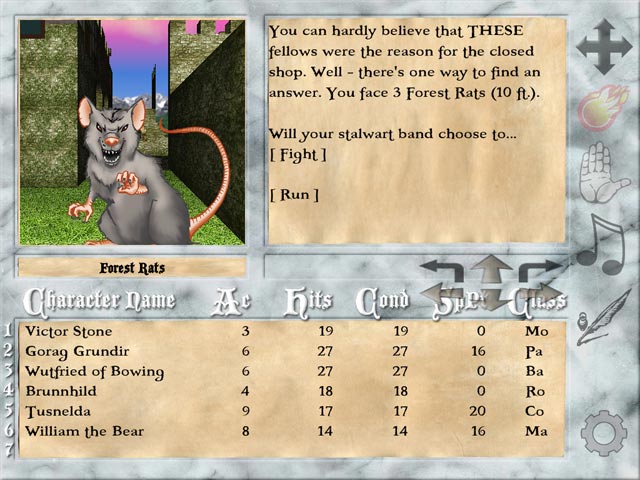 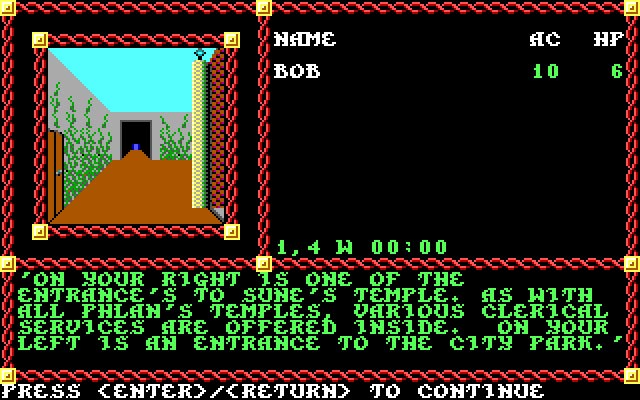 Pool of Radiance is the first adaptation of TSR's Advanced Dungeons & Dragons (AD&D or D&D) fantasy role-playing game for home computers. It became the first episode in a four-part series of D&D computer adventure games. The other games in the "Gold Box" series used the game engine pioneered in Pool of Radiance, as did later D&D titles such as the Neverwinter Nights online game. Pool of Radiance takes place in the Forgotten Realms fantasy setting, with the action centered in and around the port city of Phlan. In the beginning of the game the player can use a pre-made party of six characters or create each of them from scratch. Six races (human, elf, dwarf, gnome, halfling, and half-elf) and four classes (fighter, cleric, wizard, and thief) are available. The player can tweak the attributes of the characters and assign a moral alignment to each one. Exploration of the town and hostile areas (dungeons) is viewed from a first-person perspective in a pseudo-3D world. Enemy encounters are random and take place on separate isometric combat screens, where player-controlled party and enemies take turns fighting each other. Experience points are awarded for defeating enemies, and characters level up after having accumulated set amounts. Fighters gain more attacks, thieves become proficient in backstabbing, while clerics and wizards can memorize more spells to cast before they need to rest. Non-human characters can also "multi-class" (learn the abilities of another class) when leveling up.