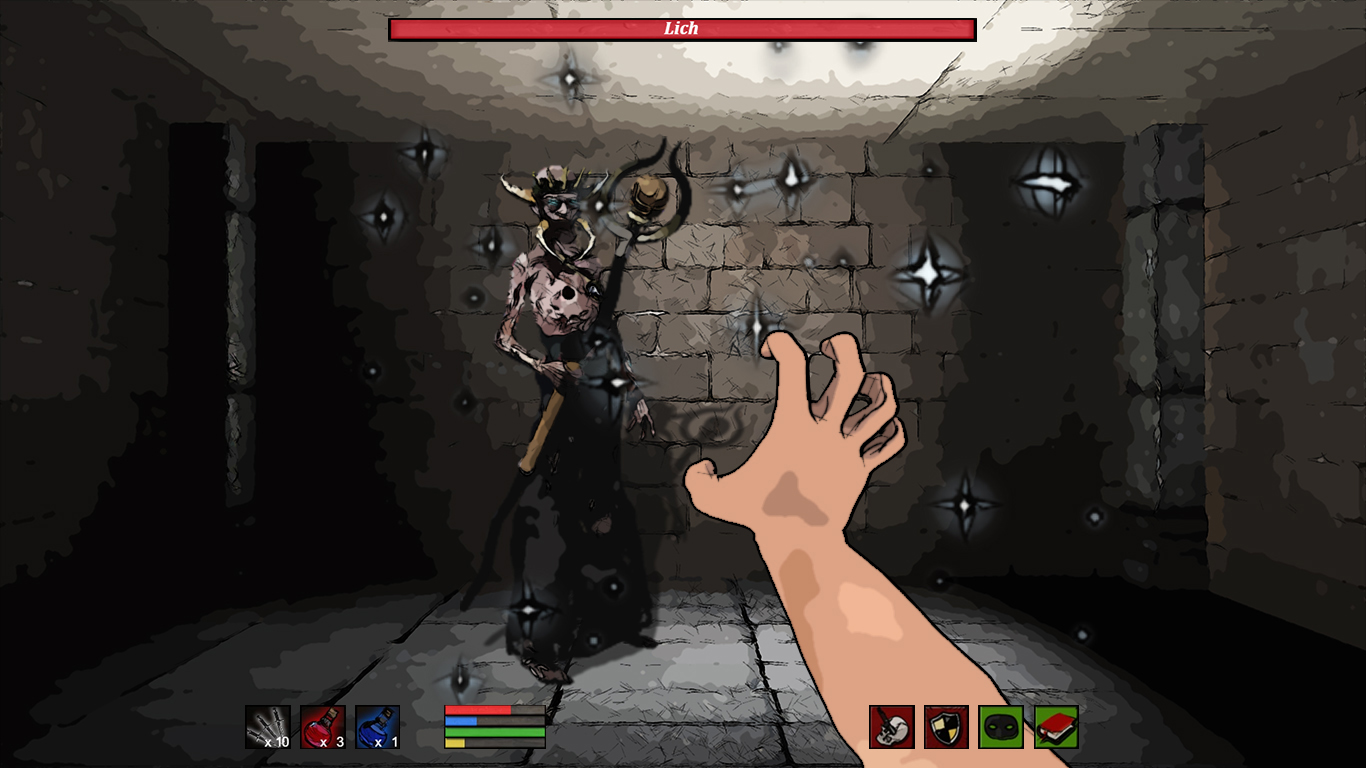 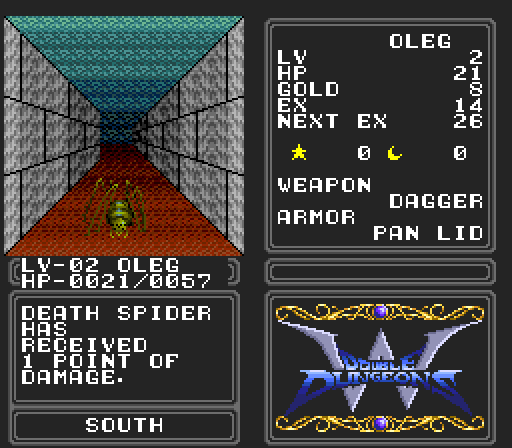 Double Dungeons is a solo dungeon crawler in the strictest sense. One or two players can explore pseudo-3D, maze-like dungeons (without auto-map feature, but with directions displayed on the screen) and fight the monsters populating them. The player(s) can choose to venture into any of the available 20 dungeons. The dungeons have the same textures, but their layout varies; the higher is the number of the chosen dungeon, the more dangerous are its enemies. Two-player mode features a split screen; the two players start exploring the dungeon from different points.